The keynote speakers for SSAAANZ2016 include: 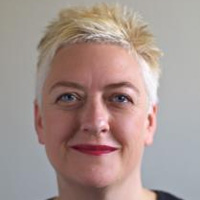 Professor Deb Verhoeven
Deakin University
Deb Verhoeven is Professor and Chair of Media and Communication at Deakin University. A writer, broadcaster, film critic and commentator, Verhoeven is the author of more than 100 journal articles and book chapters. Her most recent book is Jane Campion published in 2009 by Routledge, a detailed case study of the commercial and cultural role of the auteur in the contemporary film industry. She is currently completing a manuscript on Serendipity in the Digital Humanities with Toby Burrows.A former CEO of the Australian Film Institute, Professor Verhoeven is a member of the Australian Film Critics Association, the Fédération Internationale de la Presse Cinématographique (FIPRESCI), an Honorary Life Member of Women in Film and Television (WIFT), an executive member of the International Cinema Audiences Research Group (ICARG), and a founding member of the Screen Economics Research Group (SERG). As a film critic Verhoeven is a regular critical contributor to various programs on ABC Radio National and appeared fortnightly on the high rating Jon Faine program on ABC Local Radio for 7 years. She was film critic for The Melbourne Times for 6 years and ran film programs on various public radio stations around Melbourne for many years prior to this.


Big Data Goes to the Movies

Every discipline also shares an approach to data: what constitutes data, what defines good or useful data, what is considered a credible dataset, all the ways we create meaningful hierarchies of data. This presentation will examine the use and development of digital research techniques in the field of Cinema Studies. In particular, digital analysis techniques from the Kinomatics Project (http://www.kinomatics.com) will be explored. The Kinomatics Project, is a multidisciplinary study that explores, analyses and visualises the industrial geometry of motion pictures and is one of the first “big data” studies of contemporary cultural diffusion. Its examination of global film flow rests on a large dataset of showtime information comprising more than 330 million records that describe every film screening in forty-eight countries over a thirty- month period as well as additional aggregated box-office data. The presentation will open these examples from Kinomatics to broader questions for the discipline: how might the opportunities presented by an unprecedented proliferation of networked data for example, also challenge the unspoken assumptions and ordinary practices of conventional film studies research? Conversely, what role does Cinema Studies itself have to play in developing the techniques that designate and deliver the digital to its researchers? 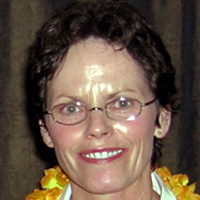 Associate Professor Trisha Dunleavy
Victoria University of Wellington
Trisha Dunleavy specialises in Television Studies, a field within which her research interests divide into two main areas, one of which is 'institutional' (TV institutions, economics, policy, and production industries) and the other, 'textual' (form, aesthetics, genre and narrative). Dunleavy's research in these areas has focussed on three countries, the UK, USA and New Zealand, and has intertwined contemporary with historical developments and practices. Her newest book-length publication is New Zealand Film and Television: Institution, Industry and Cultural Change, Intellect Books and Chicago University Press (2011) which examines key developments in the three (title) areas between 1960 and 2011 and was co-authored with Dr Hester Joyce. Her previous books are TV Drama: Form Agency, Innovation, Palgrave Macmillan (2009), which examines creative innovation in long-form American and British TV drama and comedy and Ourselves in Primetime: A History of New Zealand Television Drama, Auckland University Press (2005). The book she is currently writing ('Complex Serial Drama and Post-Network Television') is under contract with Routledge, New York.

This paper examines the institutional and creative contexts for what will be posited as the foremost ‘sea change’ that American TV drama has yet experienced. Its context is the so-called ‘post-network’ era (Lotz, 2007) and it was unleashed by successive original high-end dramas commissioned by non-broadcast providers – a combination of ‘premium cable’, ‘basic cable’, and subscription-based internet networks. As providers whose ambitions have motivated unusual risk-taking and whose non-broadcast position allows the targeting of more refined demographic and psychographic groupings than those sought by broadcasters, their original dramas have been most responsible for what the USTV industry has called ‘peak TV’ (Littleton, 2015), in reference to the unprecedented volume of new dramas in production, and what critics have called a ‘third golden age’ (Martin, 2013) in acknowledgment of the cultural achievements of some of these dramas. This ‘sea change’ for American TV drama centres on what this paper calls the ‘complex serial’ (Dunleavy 2009), a form whose concepts, narratives, characterizations and aesthetics, not only foreground the textual limitations of American broadcast TV’s still dominant ‘procedural series’ but also entail a deliberate non-compliance with established conventions in earlier American TV drama, including its high-end serials. 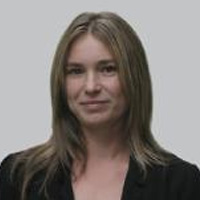 Associate Professor Eva Novrup Redvall
University of Copenhagen
Eva Novrup Redvall, is associate professor in film and media studies, Department of Media, Cognition and Communication, University of Copenhagen. Her research focuses on film and media production, particularly screenwriting and creative collaboration. She also studies broader issues related to Danish/Nordic cinema and drama series, among them questions of industry structures, of practitioners’ agency and authorship and of cultural and film policy.She is a specialist in Scandinavian television culture and the transnational dimensions of Scandinavian cinema. She is the author of Writing and Producing Television Drama: From The Kingdom to The Killing (2013). She is the co-author of The Danish Directors 2: Dialogues on the New Danish Fiction Cinema (2010), A Small Region in a Global World. Patterns in Scandinavian Film and Media Culture (2011) and The Danish Directors 3: Dialogues on the New Danish Documentary Cinema (2013).

In the 2010s, Danish television drama such as Forbrydelsen/The Killing and Borgen managed to attract international audiences despite being subtitled content from a small nation production culture. This paper analyses how this foreign interest and the discussions of the production framework of The Danish Broadcasting Corporation (DR) as an example of best practice at European industry events is the result of what can be regarded as sea change in the approach to writing and producing television drama in Denmark that already began in the late 1990s. Drawing on a major production study of the in-house drama unit of the Danish Broadcasting Corporation from Lars von Trier’s Riget/The Kingdom from 1994 up until today and findings from the two research projects ’Mediating Cultural Encounters on European Screens’ (Mecetes.co.uk) and ’What Makes Danish TV Drama Travel?’ (danishtvdrama.au.dk), the paper outlines how major changes in the understanding of what constitutes good public service television drama and a remarkable re-thinking of the production framework have resulted in complex serials that attract the large mainstream audiences on the national screens for Sunday nights as well as international niche audiences.